Ivanka suffered from thyroid cancer, a malignant cancer that matastasized to the local lymph tissue. She underwent two operations to remove it and the associated metastases. When the cancer returned once again in her lymph tissue, she was warned that a third operation could be life-threatening because she had developed problems associated with the anesthesia.  She decided to contact My Healing Way and immediately began distance therapy.  As the treatments went on, the cancer began to shrink until it completely disappeared. And it never returned; Ivanka has been cancer-free for over two decades now. Below are two ultrasound images of the lymph tissue showing the metastasis afflicted area before and after treatment. 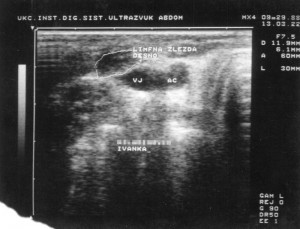 Before: Cancer is indicated by the white outline. 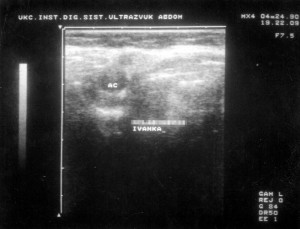 After: Cancer is no longer visible.